Hahaha I'm laughing that you guys went camping.  Hahahaha.  Mom was telling me about it too and giving some solutions for the next time you go camping.. HA!  I think the real solution is to just never go camping in a tent again.

I'm dying though.  The relief society brought a Nacho Bar!?  What the heck! hahahaha that's super hilarious.  That's way dope too I hope you enjoyed that one.


This week was an interesting week.  First of all nothing happened in our area because we were in Cape Town the whole week.  It kind of wrecked things here but it was really fun.  The way we've done MLC in the past is that the elders in the Eastern Cape would skype in and the ones in Cape Town would meet together.  But that was always just terrible and frustrating and it didn't really work very well at all.  So now President has decided that every MLC all the zone leaders in the mission will meet together.  Which means the next one will be on July 2nd which is in 2 weeks now!  Crazy.  It did bring a good sense of unity to all of us and it also made the discussion way better and more open.  It was a lot better for sure

It was great to see some of my friends too that I haven't seen.  Daniel Clark was there so we got to hang out for a while.  And Elder Lillback hahahaha I miss that guy so much.  He was making all of us laugh the whole time.  It was pretty cool.  Including Elder Ondracek from the MTC 7 of my 12 companions were there.  I think next time I'll take a picture with all of them.

We were all hyped for the MLC because the APs kept sending little texts hinting at big things for example "don't freak out when you see the agenda for the MLC..." and things like that.  But it turned out to be nothing special at all.  There was nothing really discussed that was very big or that we didn't already know.  Of course we talked a lot about he issue of cars in the mission and President did reveal that the mission will be losing many if not most of its cars between July 1 and July 17.  So we're going to have to be prepared to walk.  I have a feeling I'll be walking for my last 4 weeks.
Besides that President introduced a new pass-along card that we're going to be using that has a question of the soul or a verse from the Book of Mormon, and then it directs the person to mormon.org.  He wants us to put them in mailboxes to reach the people who have big gates and who don't like it when we tract.  It's actually a really inspired idea and I think it's going to bless our mission a lot.

After that me and my companion exchanged with the assistants, one of whom is my son, Elder Reedy.  So I went with Elder Reedy although we only had about 2 hours after everything was said and done, to do misionary work.  But it was nice to be with him and to chat about a lot of things.  I've seen him a lot since we left each other all the way back in MD, but I've never actually got to just be together with him doing missionary work and stuff so I was happy for that chance.

The plane was awesome.  It seems like the Lord always puts people in our path on the plane who are interested.  All 6 of us sat next to different people and all of use were chatting and having cool experiences.  On the flight to Cape Town I was sitting there while people were coming onto to plane when the guy in front of me turned around in his seat and asked me what all of us missionaries were doing.  I thought, well that was easy! Then I gave him the Book of Mormon and told him we were teaching about it, and then he read it for the rest of the flight.  It was cool he was getting excited about it and taking pictures of a lot of the pages and stuff.  I even saw his chats on whatsapp and he was sending the picture of the Book of Mormon.  After the flight we talked for a bit and I gave his contacts to the East London Elders so I'm sure they'll be teaching him for a while.

On the flight back some business guy bought chips and candy bars for all of us elders hahaha I don't even know why he didn't even say anything.  We just told him about mormon.org and that was it.  But maybe he'll go there and then we'll meet up with him later.

Fathers day was sweet. Ward 1 and Ward 2 met together so it was a really great service.  The attendance was 200 which was the most I think I've seen since I've been in South Africa.  And the singing was really awesome.  After church we all met in the gym and everyone feasted even the people who aren't fathers.  So that was really nice.

Z passed his baptismal interview so he'll be baptized next Sunday.  I'll send lots of pictures of that.  He's an awesome guy so I'm excited for his baptism. 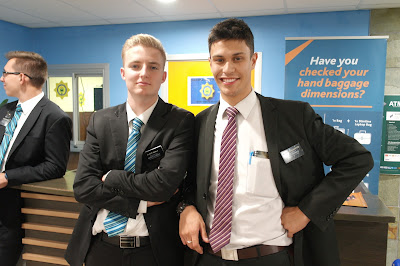 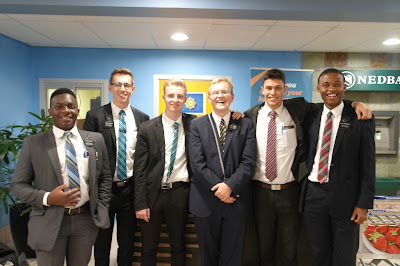 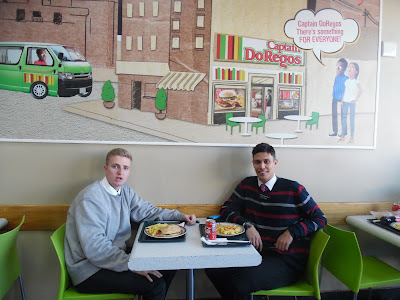 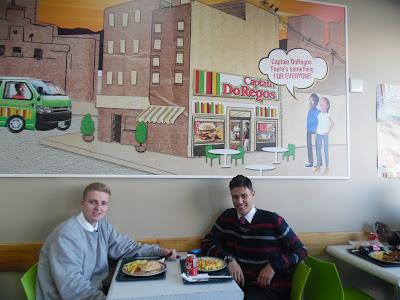 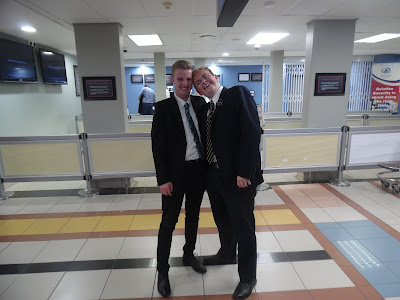 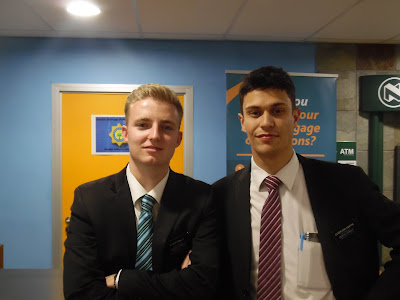