I'm really sorry about the water heater.  You're lucky you could just go to Sabra's house.  In my first area we had a gas guyser so it would just run out about every 5 days and our landlord was terrible at filling it up so we ended up taking cold showers like 2 days a week it was super annoying.  It's not as annoying as here in Queenstown though.  It's so annoying they have had terrible city management and now they can't afford the electricity anymore so they turn off the electricity for the entire city every day usually from 8-9 or so in the morning and then from 6-7 every night.  It's really frustrating but it's fine
The movie with the Rock sounds ridiculous.  It's funny how many movies the Rock is in.  There's a store called Musica that's all over South Africa and it usually has the latest releases so every now and then on P Day I go there to see what movies have come out and the Rock is in everything it's just crazy.

This week was pretty dull.  Obviously going to Cape Town was cool and those 3 days were nice, but it really slows things down in our actual area when we've had to go to Cape Town.
Cape Town was sweet though.  We had another MLC which was just mostly basic stuff and nothing major was discussed or anything.  It was really awesome though because after the MLC on Wednesday I went proselyting with Elder Khoza in Langa.  It was good to be with Elder Khoza again for a few hours and it was really weird to be in Langa again.  We went to the Mbaki's for a minute and they were so excited to see me it was pretty awesome.  Definitely they were my favorite family from serving in that ward and it was just really surreal to sit with them for a bit and sister Mbaki made us food that was really good.  After they called Brother Guellor, I don't know if you remember him but the 2 of us were super tight and we have emailed since I left.  He was so stoked to see me he even cried hahaha.  But I love that guy so much.  It was really awesome to see him.  I tried to see Siphokazi my recent convert but she wasn't home.  Shame.
Otherwise it was nice to be in Cape Town but not much else happened here.  The Bells are going home so they were really emotional. 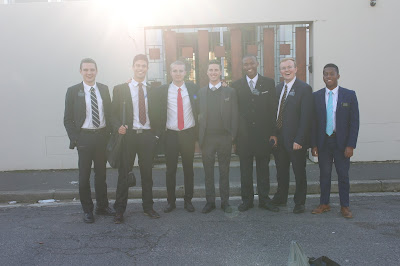 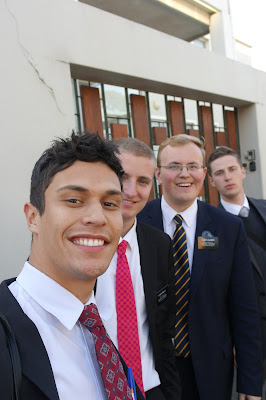 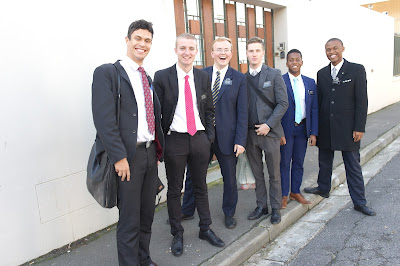 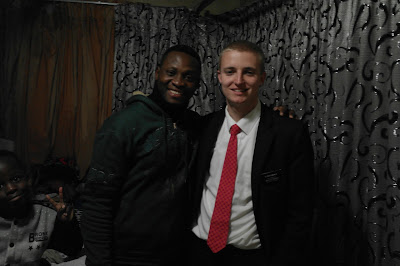 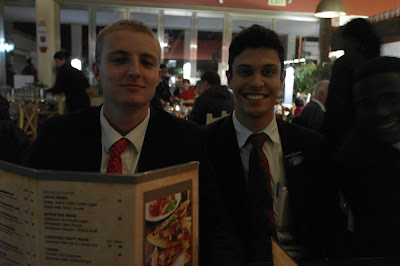