We received travel plans!  Adam flies from CapeTown to Amsterdam to Detroit to SLC, arriving on Aug 16 at 7:51 p.m.


I'm going to try to get out of the bottom 10 on that scale of worst picture takers but I don't know that might be a bit difficult.  I'll see what I can do though haha I think that even if I send 3 a week I'm still losing ground on everyone else and to get 3 pictures a week is steep for me.  My companion has taken almost 5000 pictures on his mission.  I've take almost half of 500 hahaha

This week was pretty good. We had a baptism of 2 girls A and S.  It was a great service and they both were super happy to be baptized so that was great.

We are excited for the next 2 months when we're going to have lots of baptisms.  There's a member who married a guy named Z who has just been really progressing and doing better and better.  We're really excited for him because he's going to be a great help for the ward when he gets baptized hopefully next month on the 24th.  I really like him.  There's another lady that we just met last week that we're really excited about.  She just moved in so she's going to have no problem coming to the church and getting baptized with her children.

Apparently our bishop has big dreams.  He's put in a proposal to the area office which they are putting in to the first presidency to build a school in Ezibeleni called Liahona primary school and then later to build Liahona High School.  apparently there's over 30 teachers that are active members of the church that live in the area.  Bishop is proposing for the church to build and fund the school and he's going to manage it and be the principal.  It sounds like a super dope idea.  I don't know what headquarters is going to think but it would actually be pretty sweet if it happened haha.
Apparently the bishop also said that BYU wanted to buy land in queenstown to build BYU-Africa and they offered the municipality a lot of money and they said they would build an internet tower that would give unlimited free wifi to all the people of queenstown.  I don't think I believe that but it sounds pretty dope hahaha

I'll send some pics.  It was a good overall week but nothing too major.the baptism of A and S 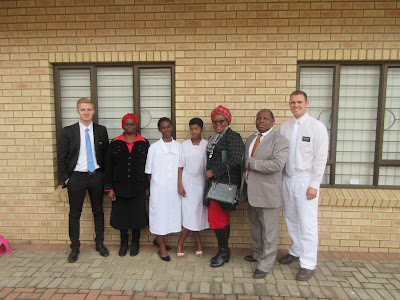 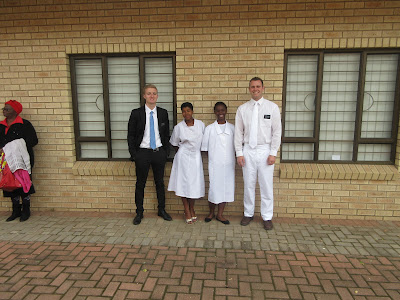