May 28 letter to Mom


This week was pretty cool
I tried to send a lot of pictures so I hope that that lifts your spirits with tournament week.  Tournament week is hard but I'm praying for you!
I just got it from the mission office about 5 minutes ago and I think that they sent it to you as well.  I'm really stoked about flying home with Elder Ballsteadt, Elder Ondracek, and Elder Ivins.  Those are 3 of my best friends and I think it's going to be just the 4 of us.  So I'm stoked for that.  Haha yeah please make sure you check what terminal I'm going to go to because it would be way anti climactic if it's me waiting for you guys and all of you coming down the escalator hahaha.  But no need to look so far ahead into the future.  I'm still going to be here for 2 and a half months!

This week a lot happened.  We did have 2 confirmations this Sunday which was nice.  Did I send you the pictures from the baptism?  We're planning our next baptism for June 24th.  I'm way excited about a guy named Z.  He's really awesome and he's married to a member.  He's just young though I think he's like 25.  But he's getting more and more prepared for baptism each time we go there.  At first he was like "yeah maybe I'll come. I mostly want to join the church for my daughter" (they just had a baby about a month ago) but now when we see him he's really genuine and serious and his countenance is just changing.  For sure I'm excited about his baptism though.  Aside from that we have about 8 other investigators that are looking pretty good for the next 2 months.  We'll see though.  I'll tell you more about them in the coming few weeks.

I've started teaching piano lessons.  There's one sister in our ward who wants me to teach her and there's also a 12 year old girl who I'm teaching because she has a piano and her parents are a little bit less active so It's helping her.  But I've had 3 lessons with her now and I realized that I have no idea how to teach somebody to play the paino.  I have no idea if what I'm teaching her is way too advanced or way too easy or what.  Please help.  I really need suggestions on how to effectively teach piano to someone who knows nothing.  Also she doesn't have a piano book and they don't sell piano books anywhere for like 100 or 200 kilometers

Yesterday LX turned 9.  We go to the X every Thursday for dinner and they always give us really big, really nice meals.  So yesterday I was expecting to have a nice meal for his birthday or something.  But turned out he had like a legit birthday party and me and Elder Allred were the guests of honor.  It was so nice.  We just gave a nice spiritual thought and then we ate like crazy.  They loaded our plates with so much meat I was so excited.  All we had was meat and pap. (pap is really really nice and I've just been eating it more and more probably 2 or 3 times a week.  Ask Daniel he'll tell you it's terrible, but I really love it)  We had so much meat more especially me.  I just ate and ate it was really a feast.  But I love their family and L little cousin A is so cute so I sent some pictures of her as well.

This morning we went to hike the biggest mountain in Queenstown called Lukhanji mountain.  It's pretty huge so we were pretty stoked.  On our way there we drove past the fence of the game reserve and there was a Rhino like 15 feet away.  You can't see it very well in the picture but I was way excited to see a Rhino it's the first time in my whole mission to see one.  The horn was cut off though because you can sell a Rhino horn for about 700 thousand USD.  So they get poached about 2 or 3 a day around the world and they're apparently one of the most endangered species in the world. so the owners of the game reserve cut the horn on this one.  pretty cool.

Hiking Lukhanji was really cool and it took 3 hours to hike it which is 1 and a half hours up and 1 and a half down.  It was cool but the pictures say it all.  Don't judge them I just sent them all haha

One of the hard things about serving here is that there's nobody who knows how to cut white peoples hair.  So for my last hair cut I just went to a guy from Ghana.  He did an ok job with the machine, but when he used the scissors I realized he had no idea what he was doing.  He used them so rarely that they weren't even sharp enough to cut the hair and he had to like hack at each piece of hair he wanted to cut hahaha.  So he ended up leaving too much hair on the back of my head and on the right side as well.  So I decided the brilliant and obvious thing to do was to cut my own hair with some safety scissors.  I cut the hair on the right side of my head just beautifully and it looked really good which encouraged me to go straight on to the back of my head without really looking in a mirror.  Unfortunately I didn't do so good of a job hahaha.  I cut a massive bald spot on the back of my head hahaha.  The radius is like 2 or 3 inches and I had to use lots of gel to like, fold some of the hair that's left over the top of it to cover it up.  But good thing black people don't actually know what white hair is supposed to look like so they can't actually tell the difference so I should be ok

About the pictures: probably more than you wanted but I'm going to "try diligently to elevate myself out of the bottom 10" picture taking missionaries of all time before my mission is over 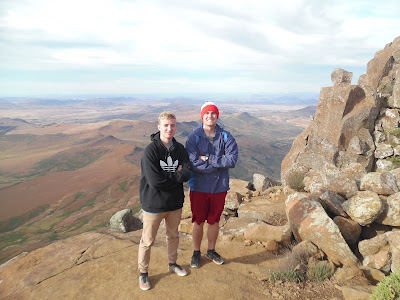 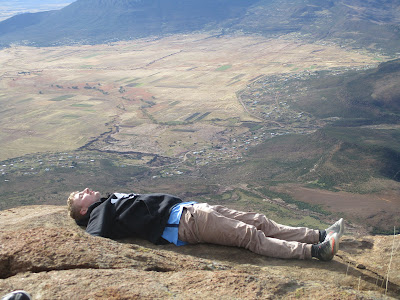 this is the mountain we climbed 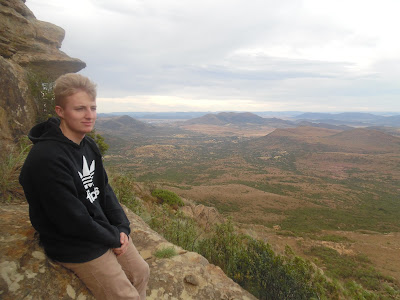 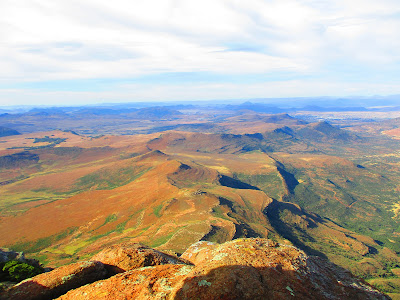 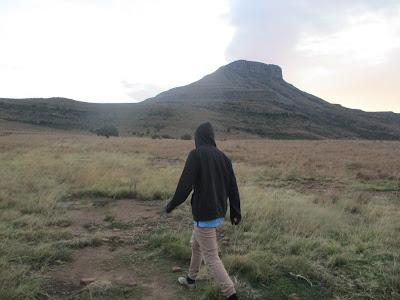 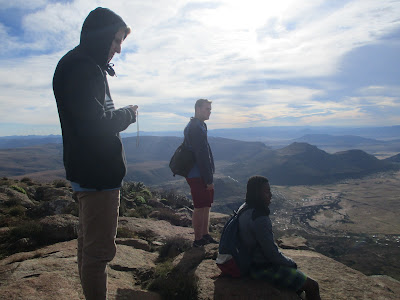 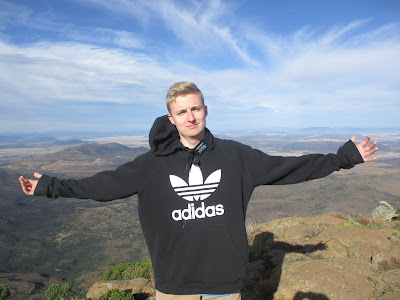 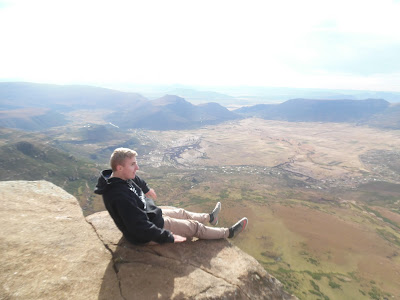 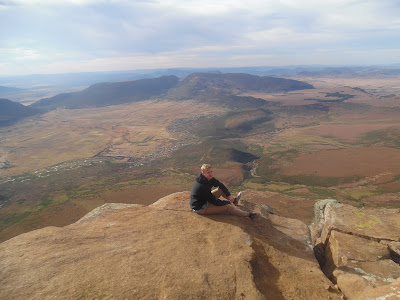 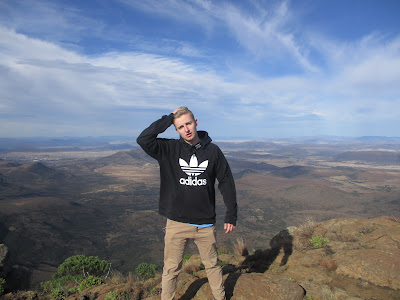 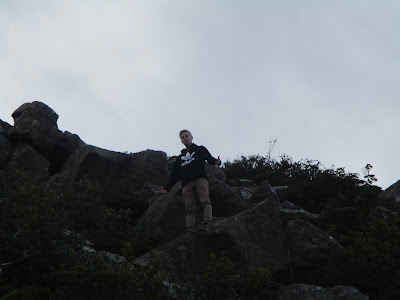 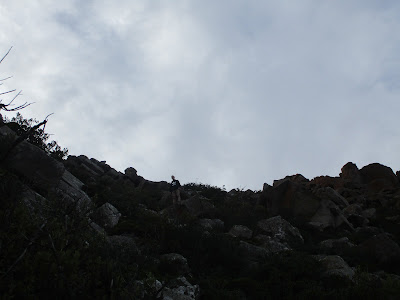 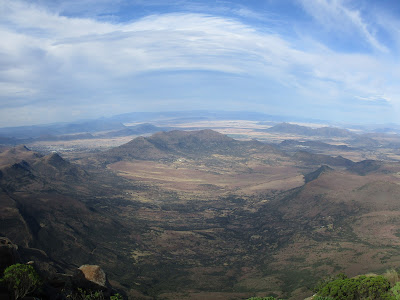 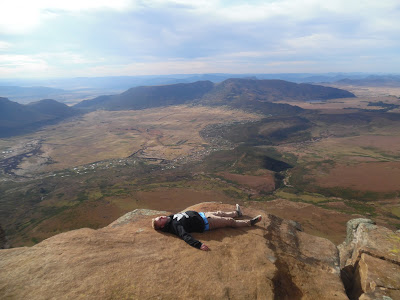 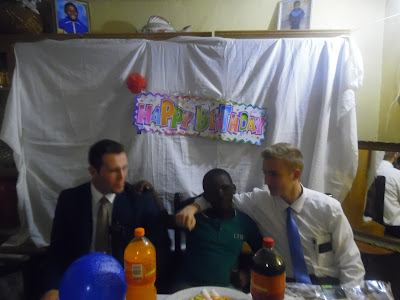 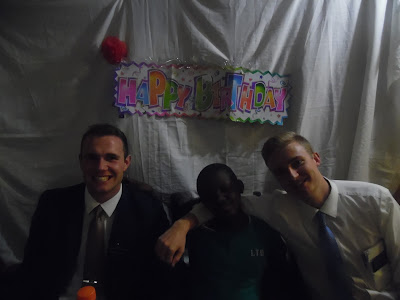 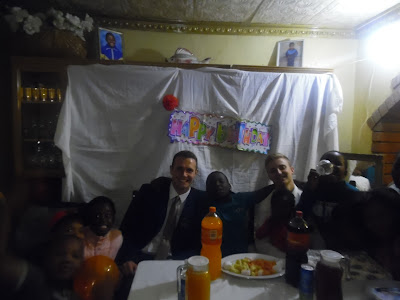 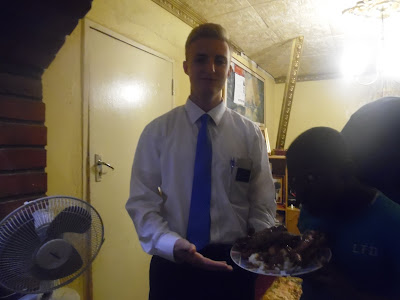 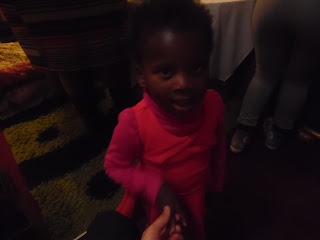