This week was transfers so we had a bit of news on our end.
On Saturday the Mthatha elders had a baptismal interview that they wanted us to do so we drove out to Mthatha Saturday afternoon.  It's a nice drive so it's always fun to drive down there.  On the way a dog ran out from the side of the road and headed straight for the car but I was going to fast to do anything about it and on the other side of the road a semi truck was coming toward us so there was nothing I could do I just screamed "NOOOO!"  and then God protected us because somehow by sheer luck the dog paused in the road right in the middle of us and the oncoming truck and didn't die.  I have no idea how we didn't hit it I was pretty scared.

But we got to Mthatha and did the interview and afterwards we went to an appointment with those elders at a school, but the appointment fell through so we decided to drop in to a church that was going on next door.  It was so hilarious.  They started by screaming everyone at once for about 20 minutes and then they sat down and the lady pastor started preaching.  Hahaha she started by reading 2 Kings 5:1.  Read that verse haha.  So she read it and then she spent the next 20 minutes just screaming over and over variations of "Naaman was a good man." or "Naaman was an honorable man"  "Naaman was a warrior"  Hahaha she didn't get to any point at all she literally just said over and over about how Naaman was a good man and then randomly out of nowhere she just completely switched gears and she just screamed "Flee Fornication and glory to Jesus"  And she like jumped up and down and flexed her body and the crowd went wild they couldn't handle it like 10 people jumped up and just yelled "Glory to Jesus!"  And then one lady prayed in tongues for like 10 minutes hahahaha it was just so much apostasy in one room I felt so bad for the people who were enslaved by it.

Then we got our transfer news later that night while we were sleeping over at Mthatha.  My companion is leaving me to go to Cape Town. And my new companion is Elder Dos Santos from Brazil.  I actually predicted it so I wasn't surprised when he came to be my companion.  He's awesome.  He's one of those guys that's just on another level so I'm gonna really enjoy being with him.  Yeah I'm excited about that

Elder Reynolds is going to Cape Town to be with Elder Bozer and Elder Ivins (still haven't seen him) and the President gave them a special assignment to "test something that will soon come to the whole mission"  We think they're getting smart phones or tablets and losing their car.  But next week there's going to be a big MLC to train all the Zone Leaders about these "big changes" so me and Elder Dos Santos will be flying to Cape Town for 3 days to attend that. I'm pretty excited it's going to be way cool.

But yeah I'm really excited for the next transfer. 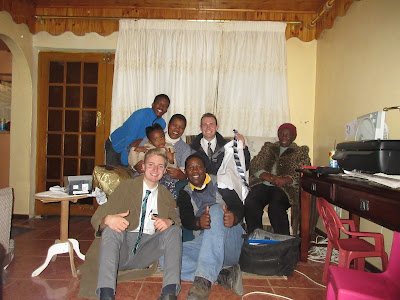 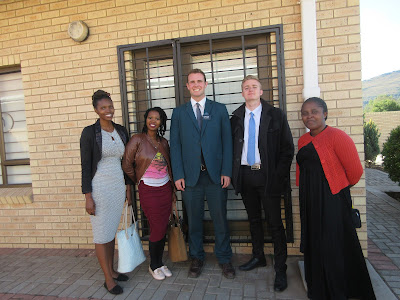 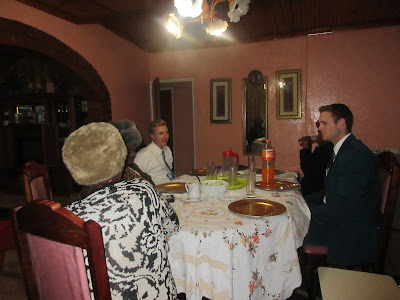