Definitely it was nice to skype.  3 months will be over just now.  In fact it really feels like the whole mission has gone by really fast.

I didn't know about the end up scouting but I just looked it up on LDS.org.  I'm way excited about whatever the new program is though.  Apparently it's going to affect faith in god, duty to god, and personal progress.  I guess maybe they'll combine all of the youth programs into 1 super effective program that will just be super dope.  President Nelson is really on fire right now.

This was a nice week.  It was a bit discouraging though.  We had like a million dropped appointments.  But we've found 2 father led families that we're really super excited about.  Right now Queenstown 2nd ward, which is my ward, is right on the verge of splitting.  It could happen any day now, but we need just a few more priesthood holders.  So we're working super hard to find a few so the ward can split.  Then Queenstown as a whole is right on the verge of becoming it's own stake.  President Lebethoa says he thinks it will happen in the next 18 to 24 months.  So we're looking hard for priesthood holders and families.  Too many elders in our zone are baptizing nobody but 13 year old girls.  It's a bit frustrating.  Even we're baptizing 2 13 year old girls next week.  It doesn't really help the ward at all and they usually go less active after a few years.  But there's nothing wrong with baptizing somebody who prepares for baptism and who wants to be baptized.  I just want to find priesthood holders who can really strengthen the ward.

We met with Bishop Jabanga on Saturday.  He was telling us some really cool things.  He thinks he's the first black person to get the Melchizidek priesthood in the entire East London area.  He got it in 1991 which blows my mind.  Apartheid didn't really end until 1994 and it was totally illegal for a black person to be in town or in the white areas.  So the bishop had to be snuck in to church every week by the senior couples or else he'd be arrested.  And he faced a lot of racism and opposition but he said that the members of the church tolerated him which meant a lot to him.  But yeah he's a real pioneer in the stake.  He was in the first East London stake presidency.  Now he's the bishop.  He was telling us more of what it was like to be a black member in the early 90s.  The branch President told him that he had been taught as a child to hate black people and so when they were starting to get black people in the ward the branch president would always look at brother Jabanga while he was speaking to make sure he didn't say anything offensive, and if he did say something wrong bishop would just stare at him and he'd stop talking and go over to brother Jabanga and ask what he said wrong and then he'd go back to the pulpit and oppologize hahaha.  But then that guy moved to Joburg and bishop Jabanga became the branch president.  So that was still in the mid 90s and apparently there were a lot of white members who just let their temple recommends expire and wouldn't go to church because a black man was the branch president.  But eventually all those white members moved and now there's only 1 white guy in all of the queenstown area.  Interesting stuff though. 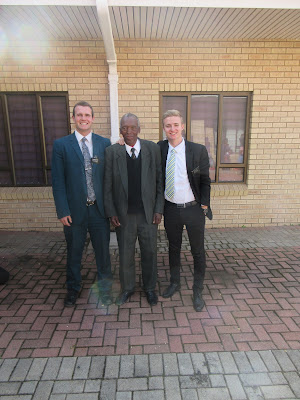 here's me and my companion with a guy named Tata Luma 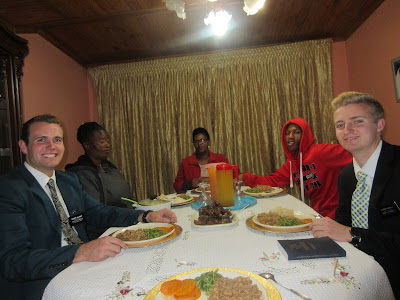 And here's the dinner we made for Mama Nkomfe for mothers day (I say we, her kids made it I only made the brown stuff) 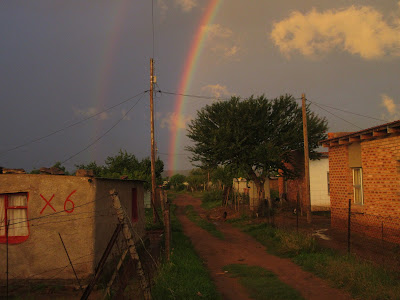 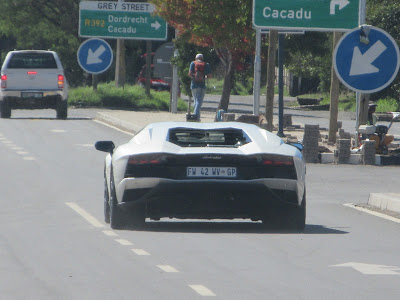