so yes I have been super happy on mission.  I think I'm just lucky and blessed to be a super happy person all the time.  Before mission and in the mtc and on mission people have told me about a million times that it will just suck sometimes or you'll get super homesick or you'll just hate mission sometimes or it won't be fun or you will be stressed out or depressed sometimes, but in all honesty I have felt none of that.  I guess I'm just blessed but I haven't felt even the slightest negative mental state since leaving on mission.  I miss you guys a ton for sure but it doesn't really affect me too much.

So this week we had zone training with the mission president.  It was a super awesome experience.  I actually think mission president will be an apostle.  He's a super down to earth and charismatic guy and his knowledge of the gospel is amazing.  Also Sister Merrill is super awesome.  I can tell they really love me and care about me but what's even cooler is that I can tell they like me.  They're super nice and I am really honestly not looking forward to a different mission president.  So in my interview with Mission President he told me some really interesting things.  First of all he really made me realize how important families are in the gospel.  More important than anything else.  I actually told him the story about N and he didn't even hesitate.  He said absolutely you need to drop her immediately.  He said tell her to keep reading the Book of Mormon and coming to church and stuff but we shouldn't teach her until her husband gets home and she can work it out with him.  It was not what I was expecting but it makes sense.  I guess even bringing her into the kingdom and getting her baptized is not as important as keeping the family together.  President also told me some other good advice and he really built me up and made me feel good about myself.  I have a lot of respect for him and his wife.  His mission president on his mission was actually Elder ballard so he knows all the stories from Our Search for Happiness and stuff which is super cool.

On Saturday we had a baptism.  I'll send you some pictures.  We baptized 5 investigators and 2 child of records.  one of the girls who is only 8 asked me to baptize her and she is absolutely tiny.  she literally only comes up to my waste.  The water was really cold and brown haha apparently they have a problem with the water system or something.  The service was really nice though.


about the food...
we get about 200 dollars a month to buy food.  I don't really know how to cook and it's not enough money to buy all the ingrediants I need to cook properly.  I'm not a very good cook either so I just eat toast every day.  Also I buy lots of juice which is expensive.  Sometimes I cook rice with some butter and salt and sometimes I fry up an egg or make french toast.  Also they have frosted flakes here so I eat them a lot as well.  Also I eat lots of apples and some pineapple.  That is the entirety of my diet though
they said the missionaries are going to start getting more money which would be sweet.

In answer to your question about why I attended the temple so much.  Basically in the New Testament the savior says the same thing a couple of times.  He says basically to those that have more shall be given but from those that have not it shall be taken even that they have.  That's not a direct quote but it's basically what he says.  For me I think this really applies to the temple and desire.  To those that go to the temple they will be given even more of a desire to go to the temple.  To those who don't go to the temple even the desire that they do have to go will be taken from them.  I think as soon as you start going regularly, your desire to go increases and Satan has a more difficult time convincing you to not go, but if you don't go regularly Satan has an easy time telling you not to go when you have planned to go. 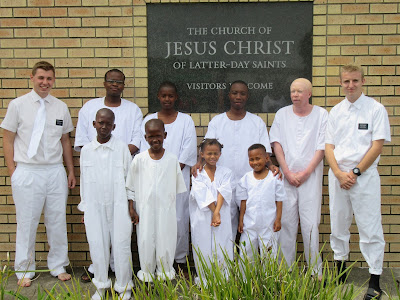