So to start off with I will tell you what I meant by crazy stuff happening but you can't freak out.
So there's some really dumb things in Xhosa culture.  Most of them circulate around something called the bush. Every boy has to go to the bush at some point usually when they're 16 or 17.  What that means, is that the boy who is going to the bush has to go out into the wilderness somewhere usually pretty close to Mdantsane, and build this little bush hut made out of sticks and black plastic bags.  While they are there the village elders go to them and circumcise them.  Then while they are in pain they teach them the ways of the land.  It's like a big secret what they learn in there but it's pretty basic stuff.  How to take care of yourself how to treat women and whatnot.  Supposedly it used to be good but now it's just stupid.  Oftentimes at the bush, people die because they didn't get circumcised right and they get infected.  All the bush boys have a blanket that they keep with them the whole time they're at the bush and when a person dies from their circumcision, the other bush boys take that one's blanket and leave it on the grass at his family's house.  It's supposedly a sign that that child was week and a sign of disgrace.  If you ask me that's the stupidest thing in the world.  Anyway after the kids get back from the bush they are men.  And so they aren't allowed to be friends with their old friends anymore, because they are men now.  They must be friends with men and not kids.  That's also stupid if you ask me.

Now here is where the story comes in.  If you haven't gone to the bush you are not allowed to call someone by name who has gone to the bush.  Also you are not allowed to call them Mfethu which means bro.  So we had a progressing investigator called S, he was 16, who we were preparing for baptism in January.  We had taught him maybe 3 times and he was starting to get excited about the message.  Well S was in the park one day and some kids called him by his name.  He got very angry and told them they can't call him by name because he's a man.  And so they still did it and he went and he beat them up because they're not allowed to do that.  Anyway the kids grabbed their brother who was drunk and he came and he brought a knife and he stabbed S to death.  After he realized what he had done he confessed to the police and now he's serving life in prison and he's very traumatized because he didn't mean to do that.  It's a very sad thing that happened but I think the lord works in mysterious ways, because I'm sure S will accept the gospel on the other side of the veil.  The whole thing made me very angry at Xhosa culture though.

I didn't want to tell you that story because I'm sure you'll freak out and be way scared and what not but don't worry as long as I respect the culture around the bush I'll be ok.

I will tell you a little bit about Elder Reedy.  I am getting along with him really well.  I find myself having a lot of love for him, and also a lot of love for Elder Greengrass who is in Kwa Nobuhle now.  Elder Reedy is really fresh from the mtc.  He's very green and so I'm teaching him how to teach all the lessons and how to talk to people on the street and stuff and he's really taking it in stride and running with it.  I have seen a lot of improvement in his teaching.

One of the things we have been doing in December is street contacting a lot.  In the past 2 weeks we have had about 35 new investigators just from street contacting.  It is one of the things that I am really good at.  We just stop the car next to someone walking on the road and ask them if they want to learn about Jesus and if they say yes we set an appointment.  I have been helping Elder Reedy to be better at this to some success as well.

We didn't get a lot of proselyting time this week because we had activities on Thursday and Friday.
On Thursday instead of going to the area we went to an area in East London and sang Christmas Carols and passed out pass along cards and gave people the Book of Mormon.  The rule about the Book of Mormon was that we could only give them to someone if they came to us and we taught them about it.  It was actually a super fun finding activity and we got a lot of people interested in our message.

On Friday we had a huge Zone conference.  It was combined with our zone (Mdantsane Zone) and East London Zone and Queenstown Zone so there was a lot of people there.  It started with a leadership training that I got to be a part of since I am a trainer, which was given by President Merrill and it was very nice.  Then Sister Merrill gave a training for everyone, Then President Merrill gave a training on how the Bible prophesies about the Book of Mormon and the church, which was super cool for me.  Then we ate a sack load of food and then the area mental health specialist gave a training and the APs gave a training.  So It was just a huge day of trainings.  We even watched 2 documentaries about the book of Mormon which were nice. 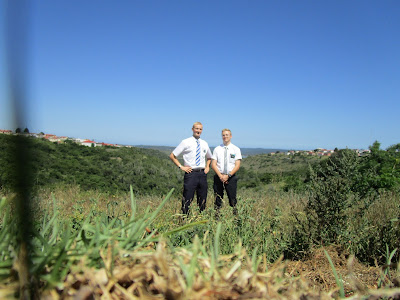 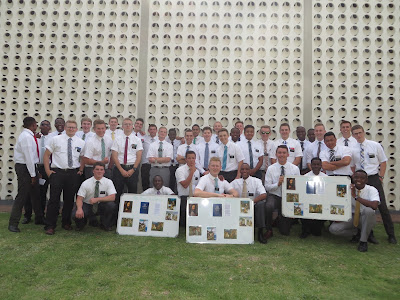