Please find out more details about when school starts because that would be something really important to know.  Don't worry about me coming home early though.  Unless the school year literally starts before August 25th then I may have to.  But I'm not worried about having a lot of time to lounge around.  In fact I don't want to be lazy.  I definitely don't want to start a semester late.  I hope to go home and get straight into school.  I consider these 2 years my summer of lounging around.  I don't like the feeling of being lazy and doing nothing so when I get home hopefully I can get straight into school.  We'll make a plan though when it's closer and more relevant.  I'm not even 1 year yet hahaha

Missionary work is moving ever so slowly forward.  It's gaining momentum in the true sense of the word because it's taking forever to slowly ever so slowly start going faster.  We have 1 person who is ready for baptism now which is exciting though.  It's a sister named sister C who has come for so long to church.  The only problem is that she lives with her husband and they were only married traditionally in Zimbabwe so they aren't recognized legally as husband and wife so they'll probably get married by the bishop some time soon.  We are slowly working with the husband though bit by bit and he says he's ready to come to church too but he's yet to come.

We have another couple that's also unmarried which is M and Z.  We taught them the word of wisdom on Friday and M went to the cupboard and pulled out huge bags of coffee and tea.  Apparently he drinks a lot of coffee and tea.  But he took out the bags and went straight to the trash and threw them straight in the garbage.  It was pretty cool.

President Lebethoa came for zone conference again and he interviewed us for the first time.  It was pretty nice he's very powerful and his training was really awesome.  the interview was cool too.  We met him for the first time a few weeks ago with his kids.  Of course the kids out of all missionaries picked me to be their buddy hahaha I think I must be some kind of sorcerer or something.

But thanks for sending me money mom.  I bought a soccer ball and it was the best thing I've ever done.  I don't know why I never thought of this before but we go to the park now every morning at 6:30 and play soccer me and my comp and sometimes other missionaries come and we all play together.  Instantly as soon as I did that I cured my inability to wake up because I'm so excited to wake up and play

It's been cool though here.  I have a couple of my best friends with me in my zone right now.  Elder Ballsteadt and Elder Dove from my transfer so it's cool whenever we hang out and stuff we have fun.  I've been playing soccer every morning with my companion.  We play pass and it's really good and fun because I wake up at 6:30 sharp every day now because I'm going to play soccer at the park and I'm just sharpening my touch a little bit.

We went to this bridge on Monday.  It was pretty cool. 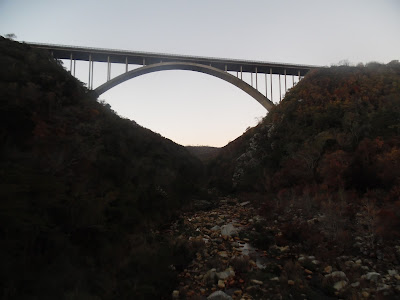