Hopefully England will for sure win the World Cup this year everything is in place for it to happen.
Elder Reynolds also feels the same way as you about England haha he's so negative about it it's really funny. He's pretty good at soccer so we always look for kids playing in the street and then we pull over and play them.  We are undefeated right now.  The township kids are always so surprised when the Mlungus beat them hahaha.

Thank you for updating me on what day Thanksgiving is because me and my companion were trying to figure out if it happened already yet or what.

This week was really great.  Of course the highlight of the week was stake conferenece in Mdantsane.  That place is really special to me so when we got to Mdantsane on Sunday morning and we actually drove up to the chapel my heart was really beating fast.  I was so excited to walk into the chapel and meet everyone.  We got there about 30 minutes early so when I got in the doors I peeked my head in the chapel and looked around for a second and there was so many people who just got so excited to see me I was so happy.  For the next 30 minutes everyone was coming up to me and talking and getting really excited and I was so happy and excited to see them.  I really loved that ward so it was special for me to be back.  I was able to see again 6 of my recent converts and I found out that at least 5 other people who I either found or who I was teaching have been baptized since I left.  The people were really surprised to see me and Elder Greengrass together.

The stake conference was really sweet too.  If you remember President Mahlangabeza from MD 3rd ward.  He was the bishop when I got there but he got called to the stake presidency so his twin brother became the bishop.  Anyway Mdantsane became it's own stake since I left and he became the stake president.  He's only 33 but he's really powerful.  Anyway he gave a sweet talk about the importance of general conference and the changes for next year.  The rest of the session was a broadcast from Salt Lake City.  Brother Tad R Callister spoke first followed by Sister Bonnie L Oscarson, Elder Kevin S Hamilton who is the area president, Elder Carl B Cook my man who served in the Africa Southeast Area Presidency, and the final speaker Elder Andersen from the quorum of the twelve.  Really it was an enlightening meeting.  It was like a bonus session of general conference specific for Africa's needs.

Otherwise the week has been one of the happiest of my mission.  I feel like me and Elder Reynolds have been friends since childhood or something.  We're just always laughing and having a great time.  We are having so much success too it's just unbelievable.  Nothing really significant has happened solidly so far but we are expecting 6 or 7 baptisms this transfer which will be sweet.  We should for sure be together next transfer too and we're setting some really high goals.  I'm just loving it here in King Williams Town.  As people get further along on their progress I'll tell you more about them, but for now we just have a really full teaching pool.

I finally sent some pictures of people I loved in Uitenhage in this email and the baptism we had my last Sunday there.  Maybe in the next couple of weeks I'll also send you a picture or 2 from King Williams Town.  We took some pictures on Elder Greengrass' camera so hopefully he'll send me those and I'll send them to you. 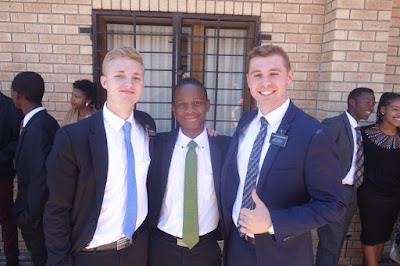 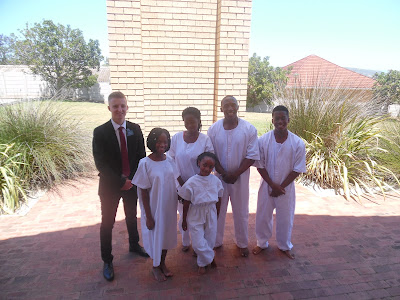 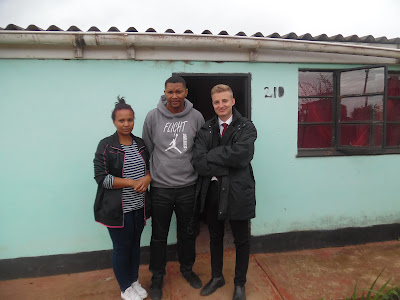 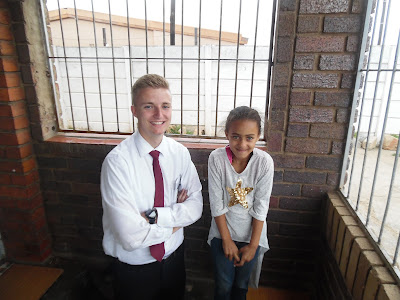 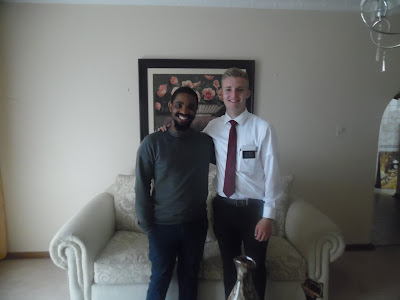