Yeah mission is still going really great.  This week was another amazing week.

There's a guy called S.  I don't know if I've told you about him, but he's 24 with a great job, he's very intelligent and friends with lots of the members already.  His girlfriend is also a member of the church.  He's definitely a stake leader.  But he's investigating the church and this Saturday we taught him the third lesson which is the gospel of Jesus Christ.  It was such a powerful lesson.  It was amazing and it really touched him.  At the end he prayed and he asked that his baptismal date for October 22nd might be realized.  He was at church yesterday and he talked to all of the leaders.  He might be the investigator that I'm most excited about because he's really committing now to the church and to his baptism and he's one that I know will never fall away.

I don't know if you remember Brother G.  He's the one that has his own church and he requested a Book of Mormon online.  Well we started teaching his son last Sunday and this Sunday we came to him and he was really troubled.  He told us that he hadn't even touched the Book of Mormon and he felt like the bible was enough for him.  We had such an amazing lesson with him.  We opened the Book of Mormon and read some scriptures with him and we could see his countenance visibly change.  He was so touched and so humbled and at the end he realized what a wonderful thing the Book of Mormon was and he promised to read it.

We're planning about 10 baptisms for October so soon you should hear about people who were baptized.  We're finally getting our people to church so it's really great.
There's a less active member called M.  He had a vision about 2 weeks ago showing him all of his sins and showing him that he needs to repent because he's going to be a leader at church.  Anyway he went to the bishop and set a marriage date for November 3rd.  We have been teaching his fiancee and she was at church yesterday and her baptism is set for November 5th.

Today we went to ride on the elephants.  It was a really cool experience.  They are so massive.  My camera doesn't work right now so that was very frustrating.  But before you lose hope in me don't worry I made sure that I got lots and lots of pictures of me riding them so I'll send them to you next week or the week after as soon as they come in.  But we rode on the elephants and then we went to feed them.  They are really smart so it was a lot of fun.

The diet and the workout plan is still going strong don't worry.  I know you probably all thought I was going to flake out but it feels too great so don't worry I'll keep it up for as long as I can.  I remember when I was in 8th grade I always hung out with Nathan Wolfherts and I saw that he didn't eat any sugar or oil and he only ate healthy stuff and I told you I was going to do that and I wasn't eating sweet things and you said "Ok Adam"  and it lasted like a day and a half.  But this time I'm way more serious hahaha

Mission is really really flying by right now for me.  I am just trying to do my best.  But I don't have much to say because I only have 5 minutes left and I already said what I wanted to say to you, to mom so just read that but I love you and I want you to know that I really feel like I'm giving it my all right now and I have no regrets at the moment. 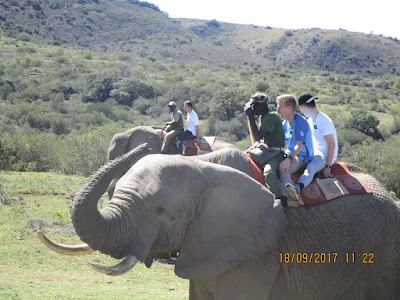