Easter in South Africa is really small.  I didn't even know it was Easter until like Thursday when the Branch President asked me to give a talk in sacrament meeting.

Elder Mabanga came on Wednesday.  He's a real blessing to me because I like him a lot.  We traded in our car to the mission office the day he got here because he can drive stick.  And we got a manual car and he taught me to drive, so now I can officially drive manual which is dope.

Today was really awesome.  We woke up at 5:30 and hiked up Table Mountain which was an absolutely grueling hike.  Especially since I'm way out of shape now.  It took like 5 hours but it was super dope and it gave us a really nice view of Cape Town.  Me and Elder Faingata'a slayed it.  All the other missionaries lagged far behind.

Tonight we have 3 DAs planned with awesome people who are just the best, and they are baking me a cake and stuff it's going to be sweet.

We had baptismal interviews yesterday for our 2 investigators who were supposed to be baptized next Sunday, E and S.  S is so awesome.  She's probably one of the most powerful people I have ever taught, but she failed her interview.  Apparently she has been having some problems smoking cigarettes and she hasn't fully overcome it yet.  I didn't know about this but I did have an idea.  It made me very sad though.  I am sure she will be baptized the next time we have a baptism though.

When I opened up my presents I saw the one from Dad and I said to my companion, "It's going to be a book by Hugh Nibley"  And he didn't really know who that is, but I opened it up and sure enough.  But I'm super excited about that book.  I really love the Book of Mormon and I would love to gain a really deep understanding of the Book of Mormon.

I got my companion on Wednesday.  He's a really good guy and I like him a lot. 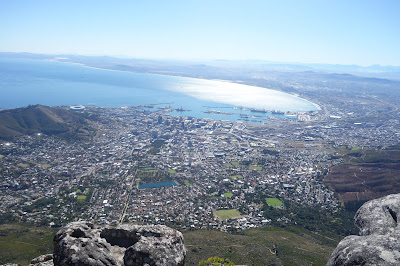