This past week was a really strong week for missionary work.  Me and Elder Mabanga had a lot of success and we found lots of really good investigators.  We have an investigator called Brother B who is around 30 who we've had for a while.  He's actually come to church for 3 weeks in a row now.  Me and Elder Monoalibe taught him the first 3 lessons a long time ago, but he kind of disappeared after that so we didn't teach him again.  Then me and Elder Mabanga recontacted him.  But he's really hard to teach because he talks forever.  The first time we taught him after we recontacted him I asked him "Did you read the Book of Mormon" and he literally talked for more than 15 minutes to answer that question.  He was talking all about his entire life story somehow it was really weird.  But anyway this past week we went to teach Brother B and we went over the Restoration, and he actually remembered it perfectly.  But not only that but he told us all about how he has had a powerful witness from the Holy Ghost that it's true and that Joseph Smith is a true prophet and that The Book of Mormon is true.  It was really cool and so we're excited to get him baptized some time soon.

We have another investigator named N who is a 16 year old girl.  She is really progressing and this Sunday she came to church with S and E, who are both of the people me and Elder Mabanga baptized.  N stayed even after church to go visit 2 members of the church who had a death.  When someone has a death, all the members go to their home and preach or something so N came to both of those things which lasted about 3 hours after church.  N will definitely be baptized soon.  We are even going to teach her dad as soon as possible.

We also met a new sister named N.  N is 22 and she lives next door to the Mbaki's who are a member family.  We taught N the restoration and she was really excited about it.  She actually just moved to Cape Town and she is planning on inviting her friends to come to church with her which should be nice.

Today for P day we went to a members house who has lots of snakes so we took lots of pictures with snakes.  I also attached a picture with my buddy Qhawe and my comp.
Also today me and Elder Mabanga got locked out of our boarding so I had to climb in through the window and we had no ladder so the other missionaries just kind of hoisted me to a ledge and I pulled myself up and went through the window.  It was pretty sick actually to be entirely honest so I'll send a picture of that too.

I'm really excited to stay in Langa for 12 more weeks. 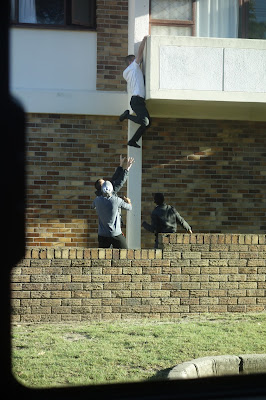 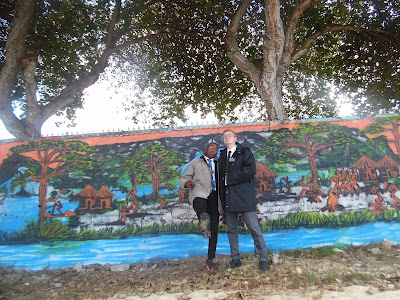 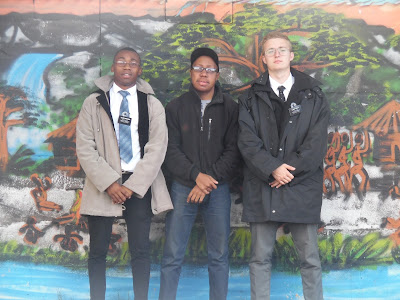 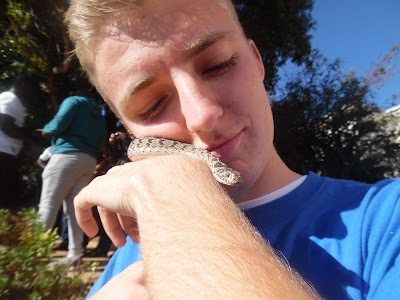 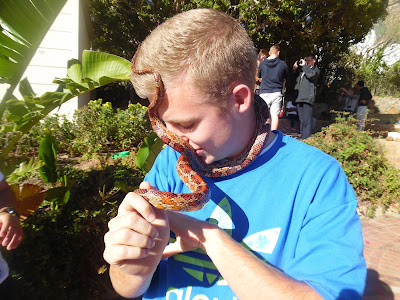 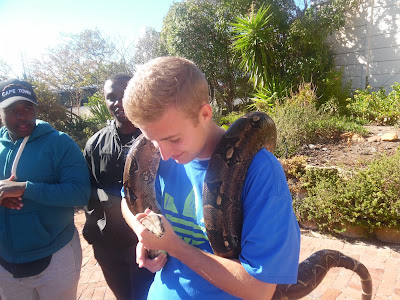